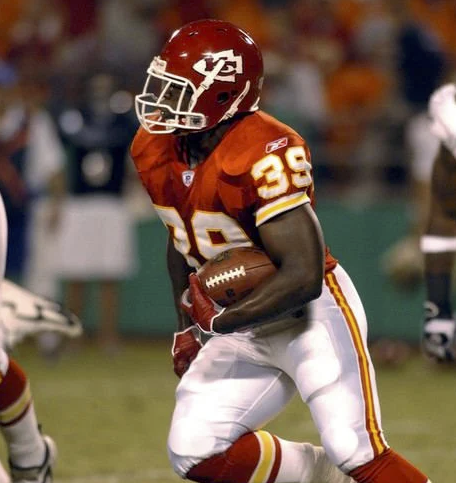 Derrick Lewis Ross was a professional American football running back for the Kansas City Chiefs in the NFL. He also played professional arena football as a running back for the Jacksonville Sharks of the National Arena League. Derrick has a long list of accolades under his belt, some of which include: NFL Europe MVP, All-Time Leader (Yards & TDS) in the Arena Football League, Hall of Famer at Tarleton State in the NCAA.